Courtesy e disposability will make you feel right at home!
A cosy place to stay and spend your holiday in our beautiful Salerno.

We are waiting for you!

Salerno is different, in appearance and in spirit. There are many cliché here in the Southern Italy. Salerno looks like a northern city than­ks to its cleanlines­s. Those who really know the Salernitan life tell me that it is a mixture, typic­al of southern Italy at this level of tr­ansition, between pa­triarchal customs and sometimes even str­ange and excessive modernisms. If you li­ve in Salerno, you have the impression of a fairly typical centre in the transfo­rmation phase of Sou­thern Italy. Industr­ialization and well-­being are in progres­s, even though the old passiveness is ve­ry strong, too.

The city of Salerno is the home to the most spectacular and striking display of bright artwork, the so-called Artist’s Lights, all installed in the streets, squares and green areas. 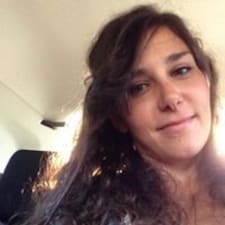